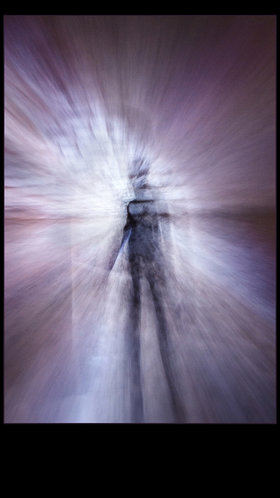 Sun. November 17th 2019 - Sun. December 8th 2019
@  Ministry of Casual Living Window Gallery Free (All Ages)
TRANSCENDENCE.....The dictionary explains it is the existence or experience beyond the normal or physical level.
This piece is a multilayered image consisting of sandwiching and melding two images together. The subjects are my teenage son, my partner, along with the spirit of my Dad who passed away several years ago.
It was taken a tunnel in San Juan Puerto Rico where the light from the beyond and the dim illumination sparked my mind into another dimension.
The stages and journey of life and inner reflection of three main male influences in my life converged into this representation of transcendence.

Tracey Farrington is recognized by her peers as being one of the best photographers in Canada. Her career has spanned the globe. The multiple award-winning photographer has been an artist since 2000, joining the ranks of professional photographers in 2004. She was awarded “Photographic Artist of the Year” by the Professional Photographers of Canada (PPOC) in 2008, and a finalist again in 2012 & 2019.
Between 2007 – 2019, Tracey has had prints in PPOC Loan Collection, representing the best of Canadian photography. Only 40 prints are selected each year in The Loan Collection representing Canada at International competitions. This is true testament to Tracey’s passion and talent for her art.
Tracey is an International Judge of Photography. She has earned her Masters of Photographic Arts, as well as her Photographic Fellowships from British Columbia, Canada and England. The PPOC has acknowledged her contributions to the field awarding her with Service in Photographic Arts. Tracey has been named the BC Photographer of the Year twice, Photographic Artist of the Year, and has won numerous Nikon Excellence Awards, Kodak Gallery Awards, and Judge’s Choice Awards.
Tracey believes in giving back to the community in which she is so highly sought-after. Her volunteer efforts range from speaking to school children about art as a profession to paying her own way to Rwanda to photographically document the plight of orphans.
Her current body of work is about creating modern day photomontages influenced by Hannah Maynard, a BC photography pioneer. Tracey’s photographic art melds her own creative style with Hannah’s work from the late 1800’s.
add photos
© 2022 Transcendence: Tracey Farrington @ Ministry of Casual Living Window Gallery - Nov 17, 2019 Victoria BC